The situation of Seafood in Vietnam – Nov. 2019

Although the market is recording positive signs at the end of the year, Pangasius prices have remained low, due to stable supply. Currently, the Pangasius fillet size 170-220, 220 up still have very good prices.

Pangasius price is expected to increase slightly in the coming time due to increasing import demand in the last months of the year and a positive signal from the US market.

The recognition by FSIS was important for the development of the pangasius industry, deputy minister with the Ministry for Agriculture and Rural Development (MARD), Phung Duc Tien, told the news site.

He said it proved Vietnam had a system in place that met US market requirements, which were among the strictest in the world.

In order to meet US regulations, MARD said it had been working closely with stakeholders in Vietnam for three years to develop a system that met the US Farm Bill 2014.

“It will help local pangasius firms to access and expand their export markets, not only in the US but also other regions,” said Nguyen Nhu Tiep of MARD, adding that it would also encourage more enterprises to export pangasius to the US along with the current 13 exporters.

Tien said the recognition would see US importers buy more fish from Vietnam, adding export value in the last two months of 2019 and contributing to the growth of the pangasius industry. 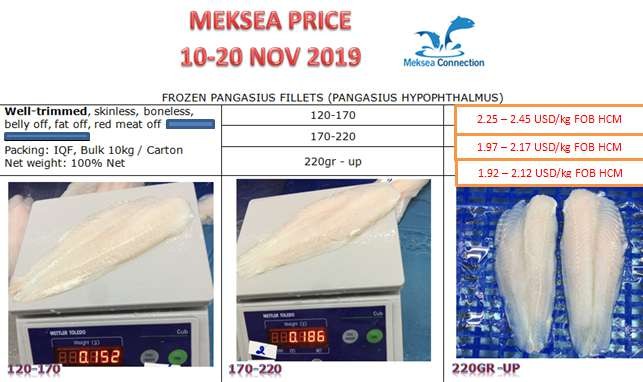 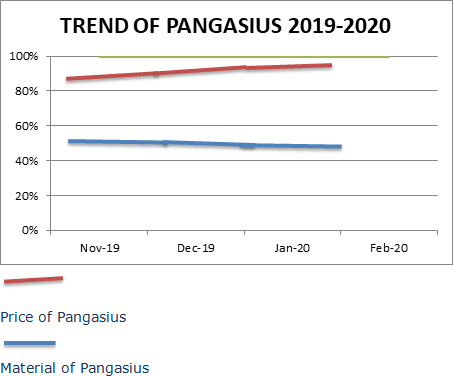 – 2019: According to a survey of the Global Prospects Conference for Aquaculture Leaders (GOAL), world shrimp production is forecast to continue to increase in the coming years despite the recent drop in world shrimp prices.

University of Florida engineers and industry experts predict that world shrimp production will increase by 5% by 2020 to over 5 million tons. 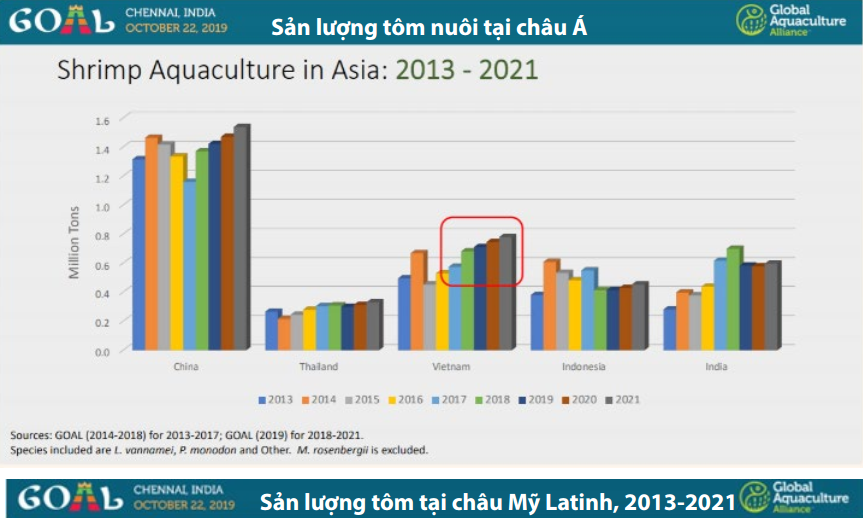 – 11/2019: However, in general, in November 2019, shrimp prices in Vietnam suddenly increased. Currently not the main season, farmers are farming, so large sizes (2/4 to 13/15) is very rare, small sizes (100-300) are also less raw materials. In April, 2020, a new crop will be harvested, this time the price will be stable again and plentiful quantities. 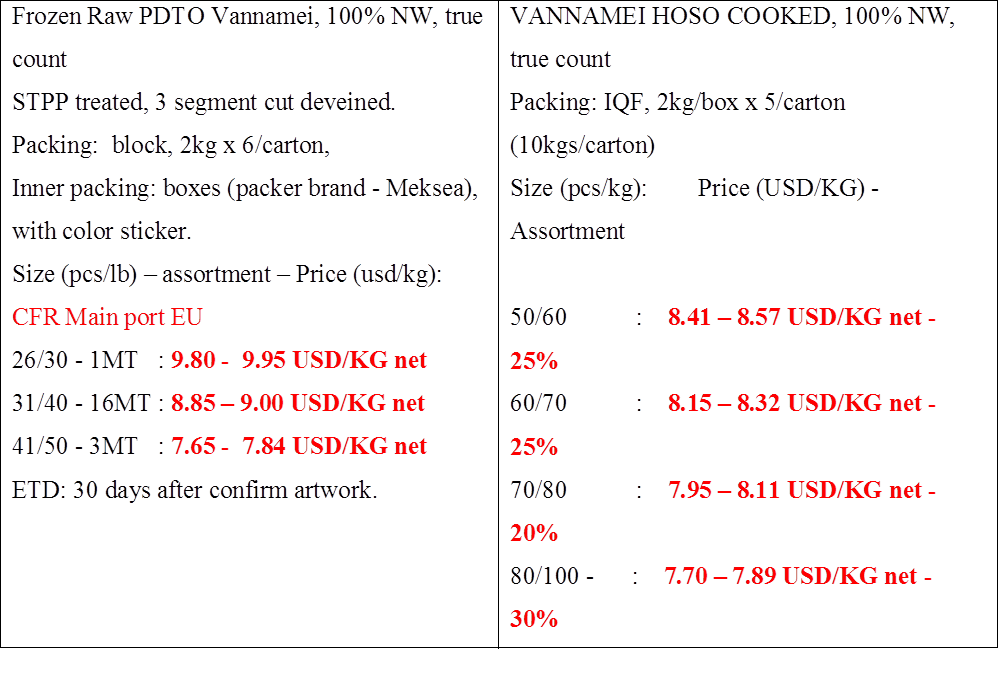 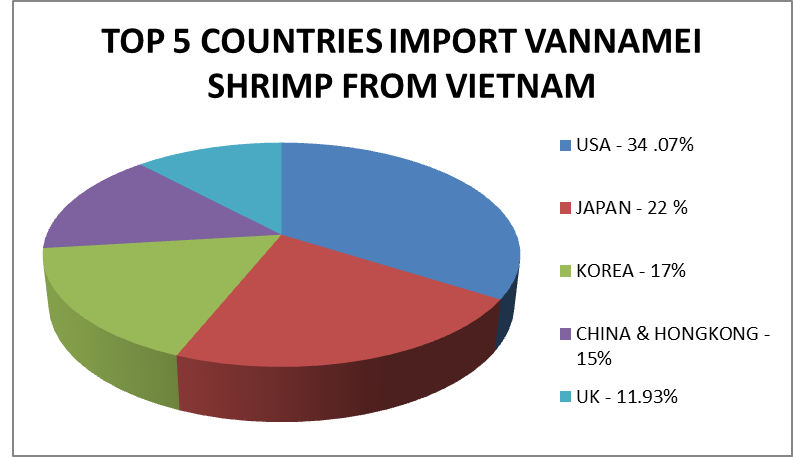 US shrimp imports are expected to remain high. India continues to gain market share from Thailand in 2019 and previous years. Shrimp imports into the EU from foreign countries are forecast in 2019 slightly lower than in 2018.

Some predictions in the future shrimp prices are rising slightly and lasted until early 2020.

Almost factories will off work from 20 Jan to 03 Feb 2020 ( Lunar new year in Vietnam – Chinese New Year), therefore, all orders for January and February must be scheduled now to avoid a shortage of raw materials and a schedule of delivery delays.

Currently, in Vietnam, the EU Authorities are auditing all manufactories in Vietnam in November 2019 to approval the Catch Certificate again. However, there are some manufactories who have already finished the censorship and having a good quotation. 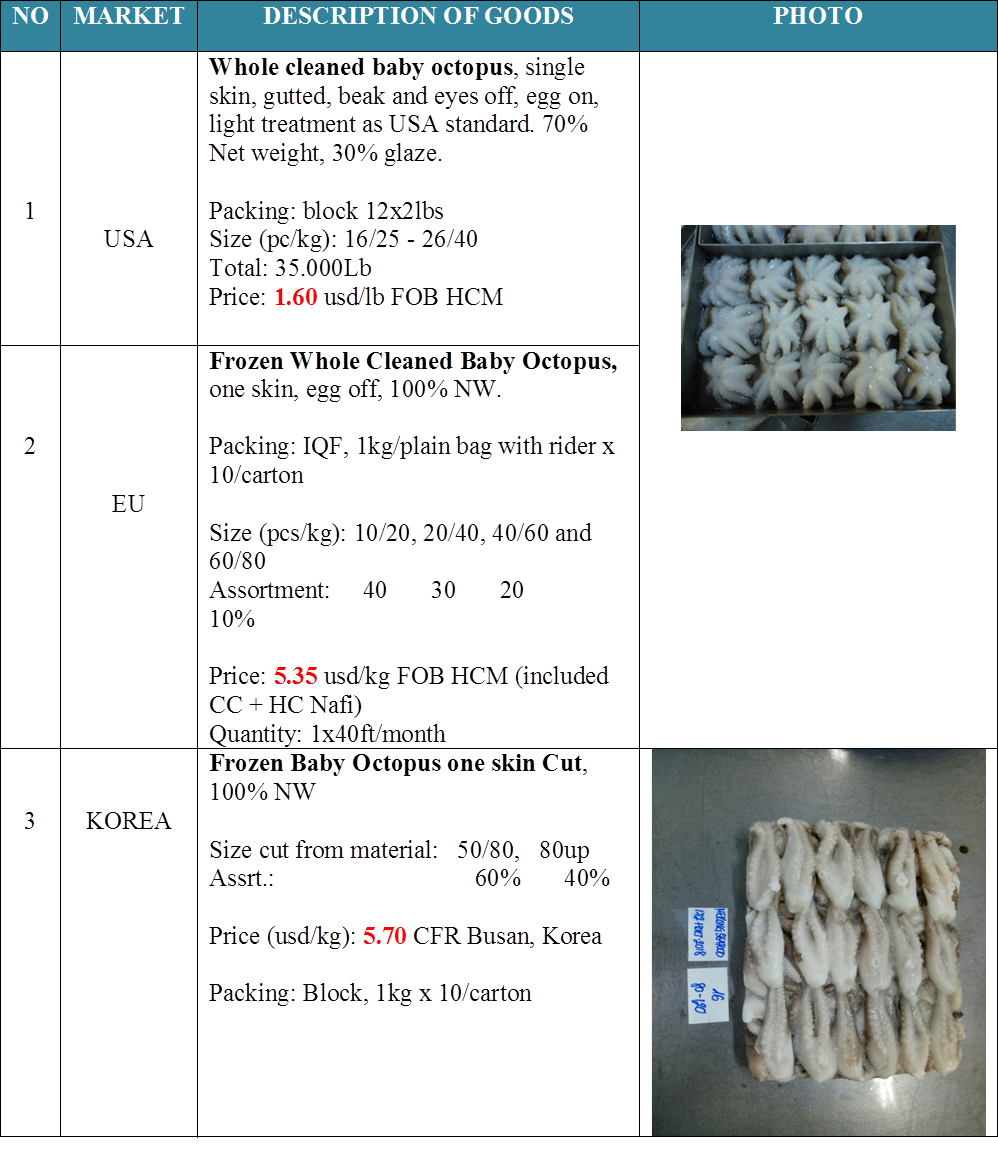 Korea, Japan, and the EU are still the three most imported markets in Vietnam.

Besides that, it strongly increases Vietnam’s squid and octopus exports to the US.

The US is currently Vietnam’s 6th largest import market of squid and octopus, accounting for 2.7% of Vietnam’s total export value of this item. As of September this year, Vietnam’s squid and octopus exports to the US have consistently achieved positive growth of 2 to 3 numbers. Notably, growth in April and September reached over 100% 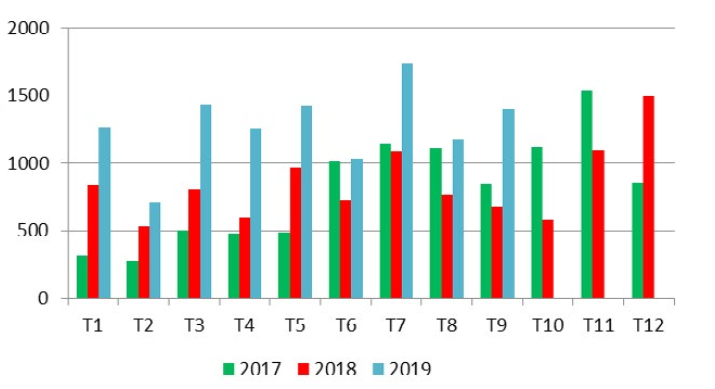 At the reception, Veronika said her delegation had working sessions with Vietnamese ministries, agencies and coastal localities over the past ten days to review Viet Nam’s efforts in preventing illegal, regulated and unreported (IUU) fishing.

Through frank discussions, members of the delegation were impressed with the progress Viet Nam has made in implementing the EC’s recommendations, according to Veronika.

She asked Viet Nam to seriously implement the current regulations while strengthening inspection over illegal fishing as it is the key for the EC to remove the “yellow card” to Vietnamese seafood exports.

Here is the link to get more information: http://dtinews.vn/en/news/017/65085/ec-acknowledges-vietnam-s-efforts-in-preventing-illegal-fishing.html

According to statistics of Vietnam Customs, by the end of September 2019, export value to this market increased by 55% over the same period in 2018, reaching nearly US $ 12 million.

Vietnam and Mexico are currently participating in the Comprehensive and Progressive Agreement for Trans-Pacific Partnership (CPTPP). With the joining of this agreement, frozen tuna loin products will be reduced tax according to the 3-year schedule, from the base rate of 20% to 0%.

Frozen tuna loin products in Vietnam are more advantageous than other countries such as Indonesia, China or the Philippines, which are subject to 15% tax. Vietnam is still the largest source frozen tuna loin for this market. 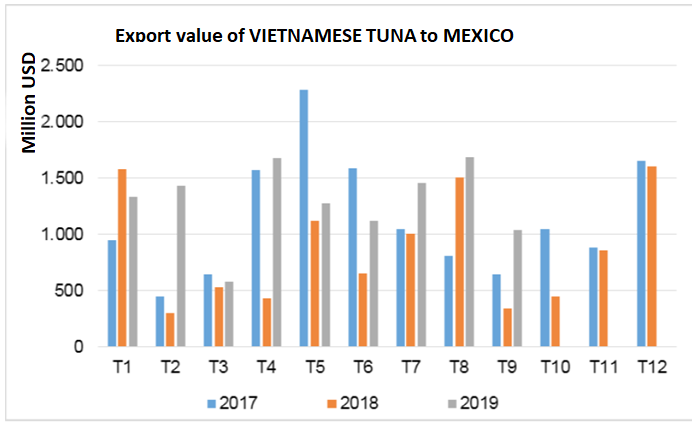 2. The special offers for some kind of fish: 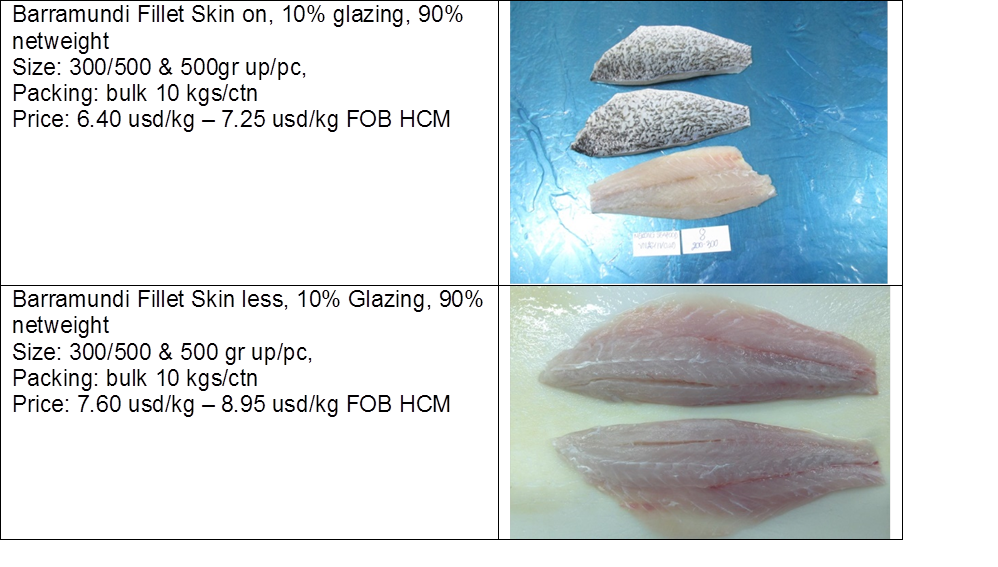 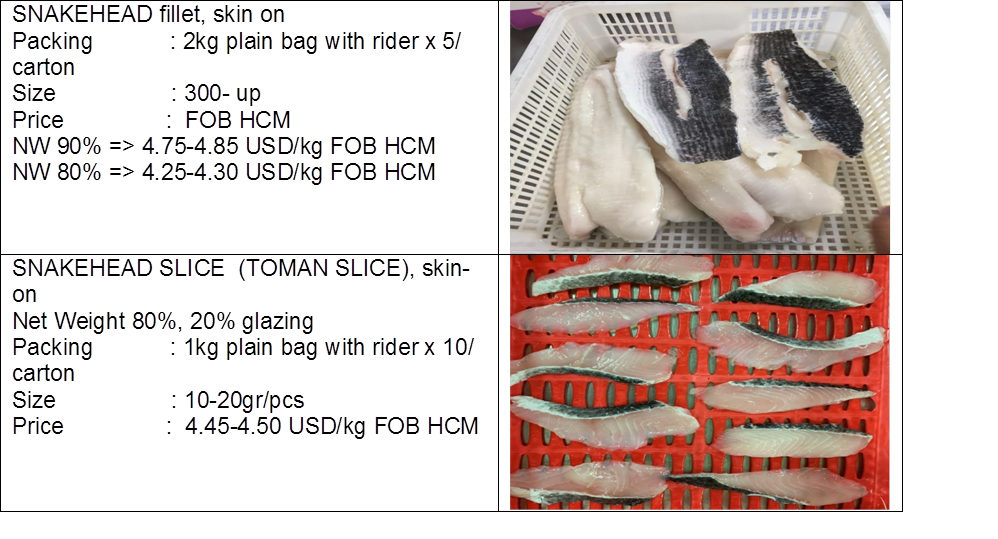